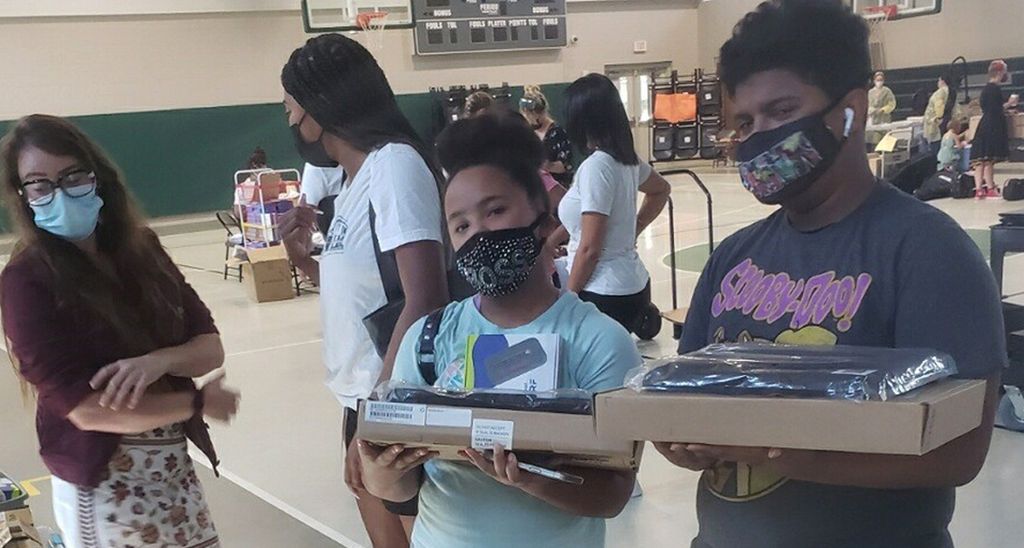 Hurricane Ida has brought another challenge to an already challenging year for Bricolage Academy and their families. The school took on water during the hurricane, so while New Orleans is working to return to normal, disaster response crews are working diligently to restore the building. Recovery will take time and while the school buildings are closed, it’s critically important to keep the students and families connected to school.

Less than 72 hours later, Lea Bogle, President & CEO of Premier Wireless, was able to personally deliver them to Georgia Purscell, Technical Director at Bricolage Academy, who immediately began distributing the hotspots along with their new Samsung Chromebooks provided by Premier Wireless last month.

Bogle said "Leveraging the power of the T-Mobile network, we were able to provide internet connectivity and unlimited data for Bricolage Academy students, helping to relieve the burden on families and enabling students to be fully engaged with remote learning during this difficult time."